Thankyou for contacting us

Choose from the list of available Dafim that you would like to learn and insert your details as well as your Chavrusa’s if applicable. Start preparing your Dafim, so that on the BIG DAY you will be able to indeed learn it all.
REGISTER 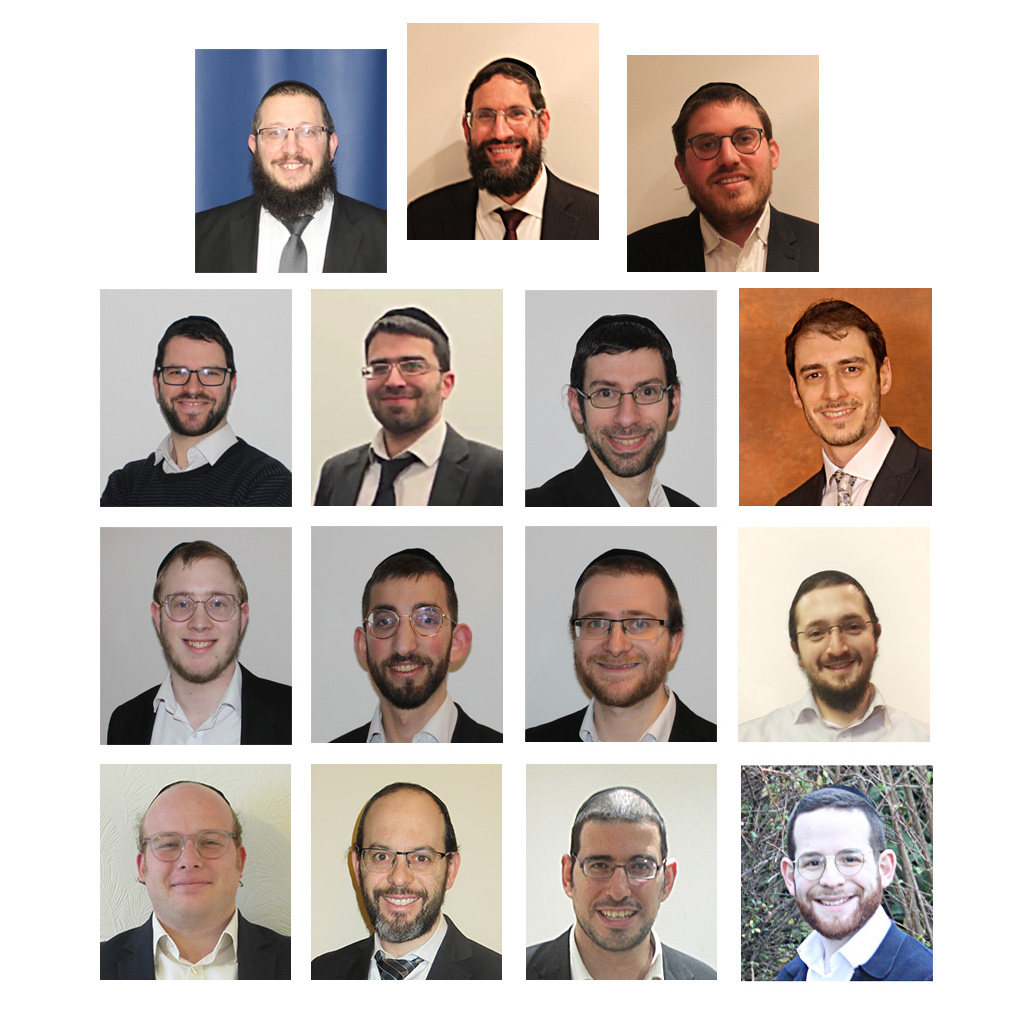 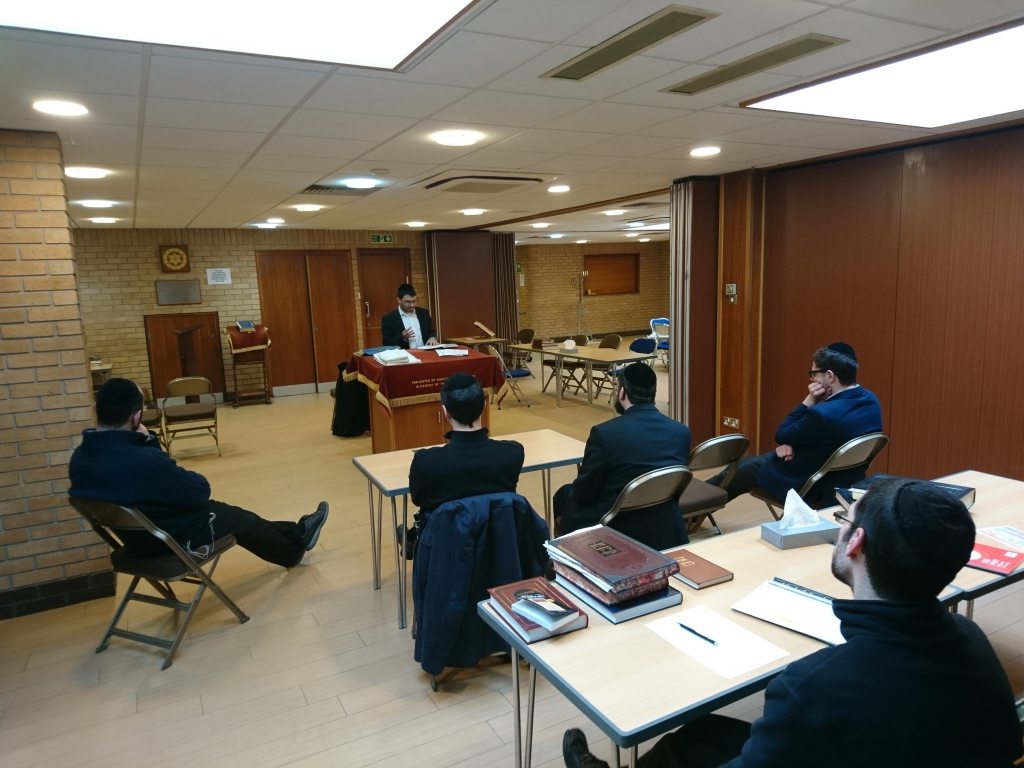 In 2011, Rabbi Ahron Kramer met with the Leeds community Rabbis and several community lay leaders. He encountered strong enthusiasm to the idea of establishing a Community Kollel in Leeds.

Over a period of three years, with thorough research and planning, painstaking persistence, against many odds and extreme challenges, the impossible happened! On May 11 2014 the Kollel celebrated its grand opening in the presence of Chief Rabbi Mirvis, local Rabbonim, community lay leaders, and committee members from Manchester.

The Rosh Kollel is Rabbi Ahron Kramer. The Rosh Chabura is Rabbi Noson Krausz. The Shoel Umeishiv is Rabbi Elchonon Cohen. The Rov of the Kollel is Rabbi Yaakov Wreschner. All the Avreichim reside in Leeds.

Aside from the Rosh Kollel, Rosh Chabura, and Shoel Umeishiv, there are currently eight Avreichim in the Kollel.

The internal standard of the Kollel is very high, with the Avreichim constantly growing in their learning. Initially they learnt Meseches Sukka, followed by Meseches Beitza, continuing on to Meseches Nida, also learning Hilchos Nida. They were tested on Hilchos Nida by Dayan Refson of Leeds z"l and Dayan Westheim z"l of Manchester, both who were very impressed by the knowledge and level of learning and understanding of the Avreichim.. This was followed by Meseches Chulin. For the "lockdown" period, the Kollel learnt Meseches Makkos, and presently they are learning Meseches Pesochim.

Many Rabbonim have come to speak in the Kollel. Amongst the notable figures who have come are Rabbi Gavriel Knopfler, Rosh Yeshiva of Sha’rei Torah in Manchester, and Rabbi Mordchai Yosef Karnowsky, Mashgiach of Yeshiva Gedola in Gateshead.

At the conclusion of Meseches Sukka, the Kollel published a kuntrus with Chidushei Torah which were said over in the Kollel by the Rosh Chabura, Rosh Kollel, and Avreichim.

THE KOLLEL AND THE COMMUNITY

The establishment of the Kollel was done through the “front door” of the community. As a vital component in the planning of the Kollel, connections were built up with the lay leaders in the community, both Rabbonim and askonim. This paved the way for the Kollel to be warmly accepted by the community from the time of its inception.

The Kollel families are all wonderful examples of true Bnei Torah, with modest and super fine character traits. By just being there, they are exposing the community to the pleasant lifestyle of religious Jews, and are a cause of great Kiddush Hashem!

Community members greatly enjoy being guests for Shabbos meals, and joining our events.

It would not be an exaggeration to say that many in the community truly cherish the Kollel. In addition, there is absolutely no animosity at all towards the Kollel.

The nucleus around us growing in snowball fashion. We should be recognised by the community as a whole, in a most positive way, as a generator of the warmth of Yiddishkeit, and of Torah knowledge and practice. As this happens, the Kollel will need to grow, and in addition outsiders will see Leeds as an attractive Frum community. This will automatically bring about the opening of appropriate schools and Shuls. This will have a spiral effect on continuing to build up the community.

A number of the Avreichim who were the founding members of the Kollel recently realised that their children have outgrown the school in Leeds. They therefore came to the difficult decision to relocate to Manchester. However, their hearts remain very much attached to Leeds, and to giving of themselves to the community. The Kollel therefore came to a strategic decision to establish a branch in Manchester with these Avreichim as the nucleus. This new branch is located in Holy Law Congregation. The avreichim and their wives are committed both to the community in Manchester, as well as frequently travelling to Leeds to continue what they have been doing there. 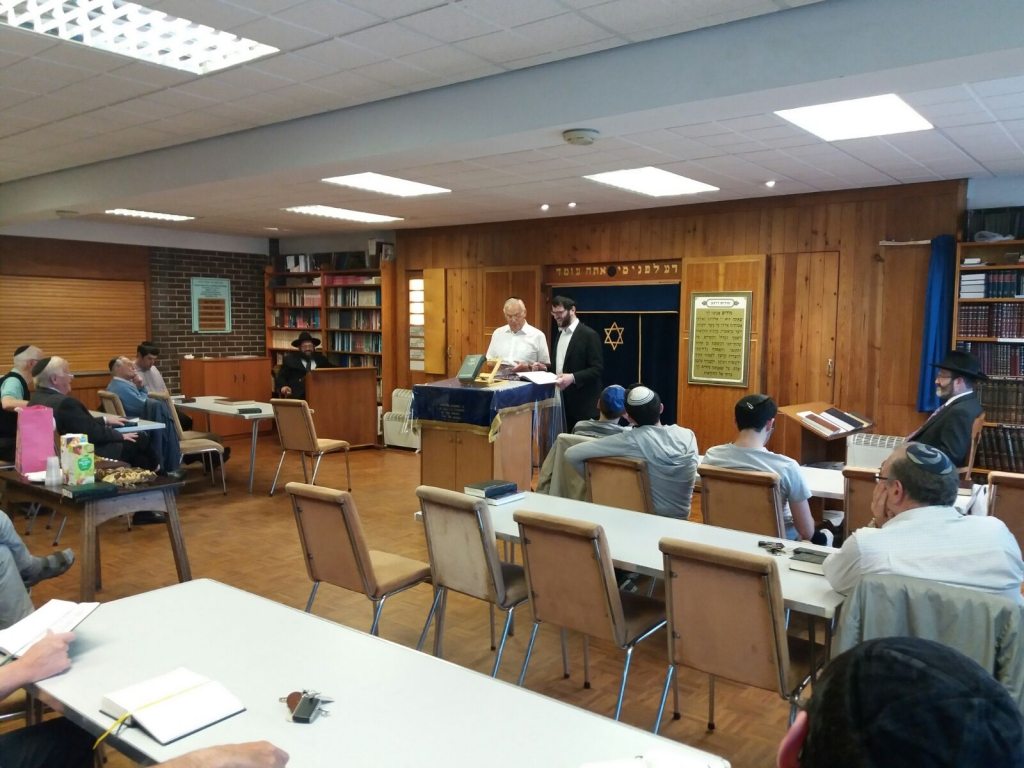 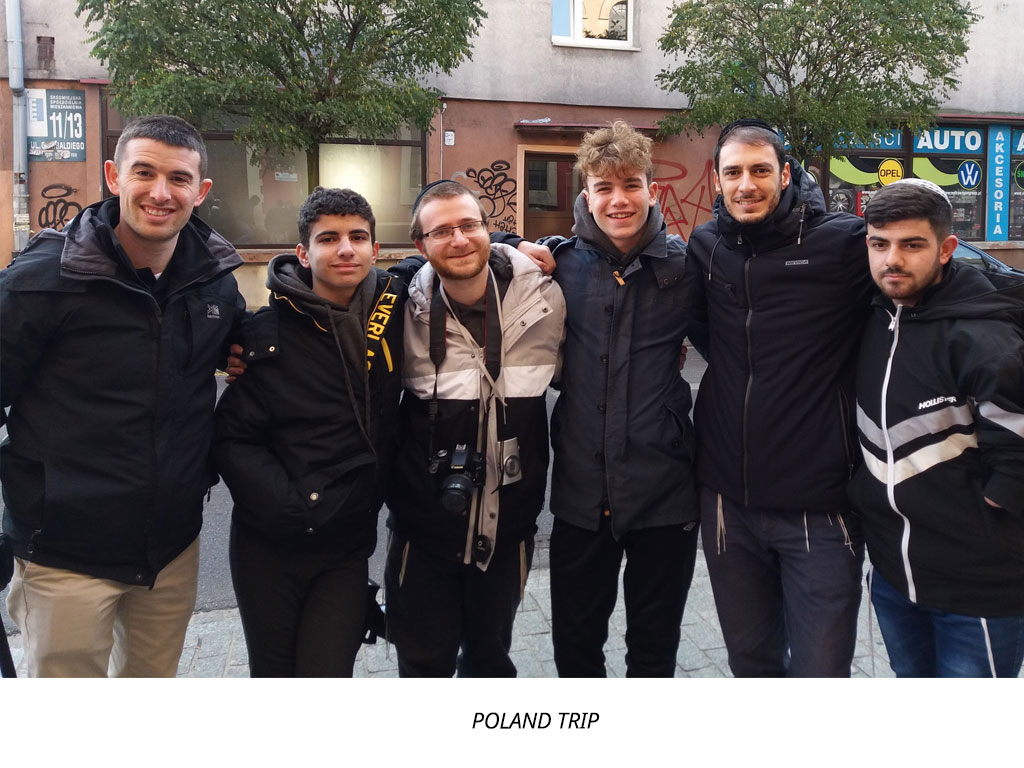 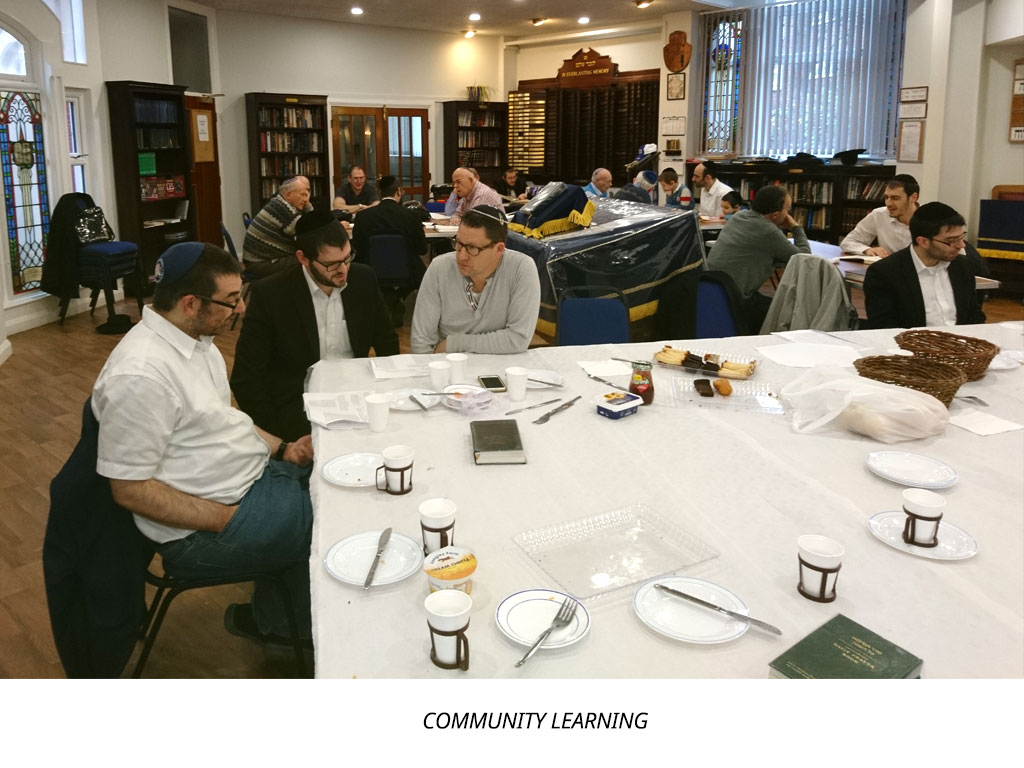 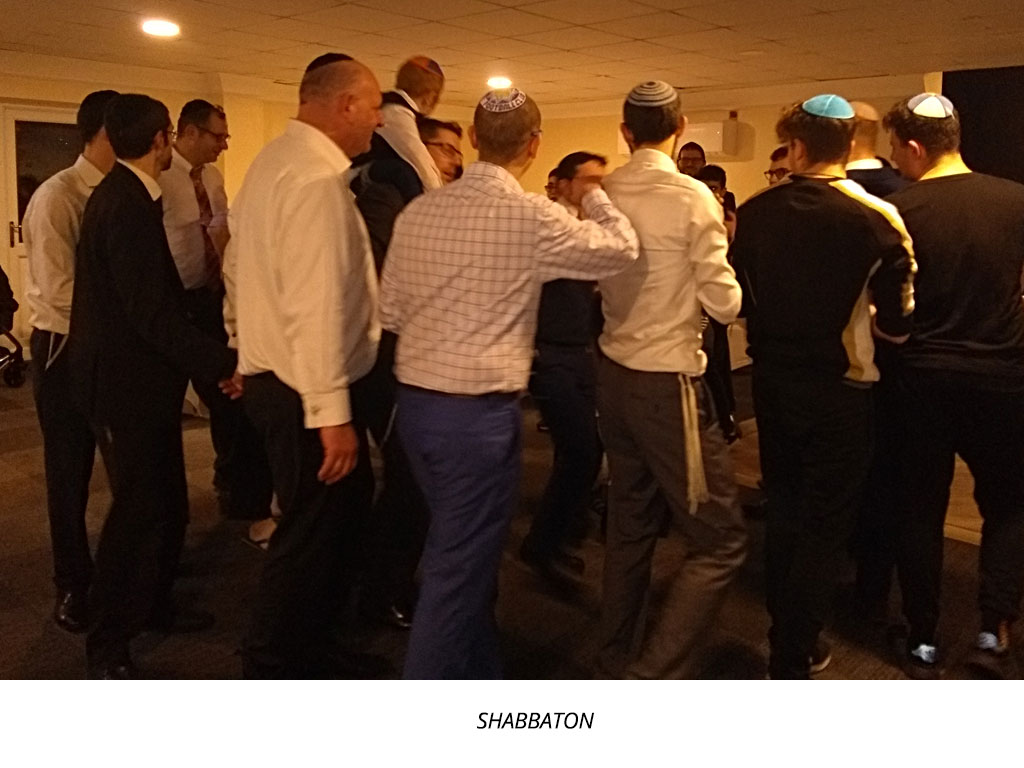 • An additional 5 members, enabling us to reach our desired strength. The cost of this totals £60,000.
• Bringing over national/international speakers/celebrities to lift up the influence, prestige, and effectiveness of the Kollel.
• Training the Kollel body (both men and women) in effective outreach and public speaking.
• Programmes and events, allowing them to be done, and done correctly without having to cut corners, for maximum effectiveness.

It is a one-day event to take place iy"H on Sunday 12 Adar 1 5782/13th February 2022. Throughout the day the entire Shas will be collectively learnt by a large group of people, all invited to learn in one location in Leeds.

By dividing the Shas into sections, with each Lomed learning approximately 10 Daf.

By preparing your Dafim beforehand.

You are welcome to register with a chavrusa.

There will be a morning and afternoon Seder, totalling around 6 hours. This is aside from a break for Mincha and a catered lunch. Coffee and refreshments will be available throughout the day.

These details will be confirmed nearer to the time, in line with government guidance.

“Just wanted to say how amazing the whole day was from start to finish!” “Thank you for allowing me to join this awe inspiring event.” “The ruach was really electric; it will stay with me for a long time.” “Thank you for an inspiring day. I don't think I have ever learnt as intensely as I did today.”

There is no registration fee. However, each Lomed commits to a goal of raising £500 for the Leeds Kollel.. This will be matched by generous supporters. Therefore, in effect by you raising £500 you will be helping the Kollel with £1,000! This typically consists of small donations from family/friends. The sponsor can donate via the website, or the donation can be brought to a drop off point. When registering with a chavrusa, the goal will be for each one to raise £400.

Although it sounds challenging, our experience shows that it is a realistic and reasonable target.

To help support the Leeds Kollel and its communal activities, both in Leeds & in Manchester.

It is a full day high calibre Kollel, comprised of Avreichim who all live in Leeds. Aside from the daily two sedorim a day of learning, the Kollel families devote themselves to Harbotzas Hatorah, through teaching and outreach work in the community. Thus, aside from Hachzokas Hatorah which in itself is an incredible cause, there is also the support of many successful outreach events geared to spreading the light of Torah in a very sizeable community.

It is the largest community in the UK outside London & Manchester, with estimates of close to 10,000 community members.

A number of the Avreichim who were the founding members of the Kollel recently realised that their children have outgrown the school in Leeds. They therefore came to the difficult decision to relocate to Manchester. However, their hearts remain very much attached to Leeds, and to giving of themselves to the community. The Kollel therefore came to a strategic decision to establish a branch in Manchester with these Avreichim as the nucleus. This new branch is located in Holy Law Congregation. The Avreichim and their wives are committed both to the community in Manchester, as well as frequently travelling to Leeds to continue what they have been doing there. Click here to register and choose your Dafim Click here to sponsor a Lomed Click here to view highlight videos of previous years Yom Hashas