Thankyou for contacting us 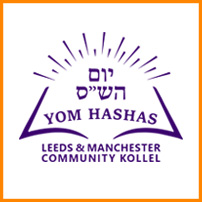 The population of the Leeds Jewish Community, the third largest in the UK after London and Manchester, is near 10,000 (the exact number is not known. According to the National Survey, as well as Shul memberships, the number is around 6,500. Seemingly, there are many unaffiliated Jews who do not identify themselves as Jews). Around two-thirds of the community are of the older generation, and one-third of the younger generation.

There is a definite awakening to Judaism in the younger generation (the under 40’s). Although they are not yet necessarily on the road to becoming observant, however they express a strong sense of Jewish identity, as well as an interest in a revived and vibrant community.

There are over 50 Jewish organisations under the umbrella of the Leeds Jewish Representative Council. These include Shuls, the nursing home, the Welfare Board, the Housing Association, schools, Chevra Kaddisha and the Mikve. The local Chabad is very active in the community. Leeds also has a Beis Din with its own Shechita, which was headed for many years by Dayan Refson z”l who recently tragically passed away in the current pandemic. At the moment Rabbi Kupperman, Rov of the Etz Chaim Shul in Leeds has taken over the Dayan’s various roles.